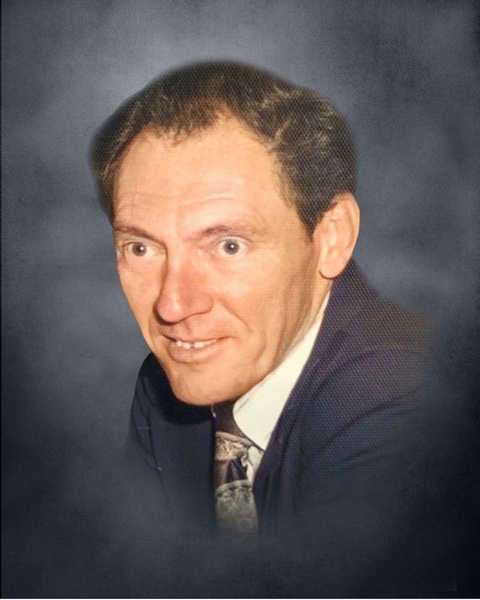 TEDDY'S STORY
Theodore Arnold Damen, known to his beloved family as Teddy, Daddy, and Opa, was born on December 1, 1928, in Semarang on the island of Java in Indonesia. He spent his childhood in the Dutch colony of Indonesia (at the time) loving the tropical plants and flowers which he adored until the very end. He was very close to his mother who taught him to cook satay, peanut butter sauce, krupuk, nasi goreng, lempur, sambal, gado gado, and his favorites- windmill cookie and sprinkle sandwiches. These are all dishes his family now makes to honor his Indo culture and life. When his family left Java, Ted stayed to care for his mother and when he was nineteen he had to bury her alone. The scent of jasmine and her notebook filled with recipes and the lyrics of her favorite songs was all he took with him on his journey to find a new home.

After the fallout of WWII, he left Indonesia to find work in Papua New Guinea. Soon after, he joined his family in Holland where he went to school to become a machinist. He could and did fix everything, so he picked the perfect profession. He may have had the stubborn streak of a Dutchman, but he had the warmth of the Indonesian culture. He hated the cold weather in the Netherlands so he kept searching for a new home. The Presbyterian church sponsored him to immigrate to America with a free trip by boat and a one-way plane ticket once he arrived, to anywhere in America. Like many immigrants before him, his boat docked in New York City. Ted soon settled in Washington, D.C. before realizing winter on the East Coast would freeze his sun-worshipping lifestyle. He received a postcard from California with palm trees swaying in the breeze and decided to grab his guitar and trunk and head out West.

He settled in the small border town of El Centro, California. In October 1960, he went to a charity dance in Calexico. That's where he met his match. Arcelia didn't want to dance with a "gringo", but once she saw how well he danced, she didn't let him go. She was whisked off her feet dancing the night away. They didn't speak the same language, but they spoke the language of love. They were married on May 5, 1961, literally 60 years ago to this day. Always a romantic artist at heart, he would have loved that we are celebrating his life on precisely this day. He never called her Arcelia, he always called her Babe… though over the years the word morphed from Babe to a 'beehhh-eh' sound that no one ever knew meant anything other than Arcelia. He finally found his home in her.

In 1962, after the birth of their first daughter, Olga, he got a better machinist job, so they packed up and moved to Oakland, California. There they had Arthur, Irma, Silvia, and Norma. Though they shuffled around Oakland, they stayed there until their 1977 move to the big yellow house in Alameda. Ted was back on an island again, but it was still not the jungle he yearned for. He was always very active in Dutch and Indo Clubs and excitedly spoke Dutch with anyone he could. Teddy took art classes via mail and delighted Arcelia with each drawing. The Damen family enjoyed many weekends in Reno casinos and they traveled the world together. Their children still laugh at the memory of their Mama and Daddy falling and rolling down a hill in Holland together because they were trying to find a dike. No matter the location, he always had a camera in hand filming videos and taking photos of food and flowers. He was the original Instagram influencer! Ted's favorite place to visit was Mexico where Arcelia's family cherished him and treated him like a king. His children remember him taking them to camp with a 200 pound canvas tent, to fish on the Berkeley Pier, to hunt for crawdads at Lake Chabot, to bet on horses at Golden Gate Fields, and to gamble at The Venetian in Las Vegas. Daddy's children, along with their partners, Javier, Liliana, and Ed, will miss seeing him drip sweat while eating spicy food, woodworking in his white tank top, and snoring in his recliner with a blanket over his head whenever they would visit. Ted and Arcelia had more love to give than just to their five children, so they embraced honorary children: Gina, Denae, Gilberto, and Lisa. Over the years he was so kind to accept Arcelia's relatives from Mexico into their home so they could study abroad in the United States along with many visitors who were always welcome.

At age 65, he retired and finally had time for all of his hobbies. He was a renaissance man, a "Ted-of-all-trades". At 70, he discovered the Internet & found a new community of Indo people he loved dearly. He taught himself to type, poking with his index finger one letter at a time. It was amazing how fast he could go. Ted sold his wooden puzzles, frames, ornaments and other various creations at craft fairs- even a cement lempur mold he invented! He passed on all of his creativity in art and music to his grandchildren. Rosaura and her husband Nathan, Victoria, Antonio, and Isabella know he poured his love into the many projects he did for them. When they were small, Opa loved spooking them taking his dentures out and giggling with them like a school boy over the occasional suggestive jokes. Teddy was never bored because he stayed tinkering and learning until the very end. His last frontier was learning how to use an iPhone at the age of 90 when he finally retired his treasured flip phone. His family recalls the sounds of his infectious laugh, his piano playing, the clack of his big spoon hitting a knife at dinner, him singing "My Way" on the karaoke machine, and most of all his impeccable whistling wafting throughout the house. The jury is still out if anyone will miss the smell of terasi or durian!

In 2005, Teddy & Arcelia moved to Rocklin, California. He finally got his wish- sweltering heat for him to bask in the sunshine whenever his heart desired. Not only that, but there was a casino only 11 miles away- the second love of his life after his Babe. Nothing could keep him away from gambling- not broken bones, sleep, or even pneumonia. Into the wee hours of the morning playing video poker, Opa felt no pain. On April 9, 2021, his last casino trip, he got a Royal Flush- DEALT. He couldn't have been more excited and told everyone repeatedly. We think it was the universe letting us know he left no unfinished business in his time with us here on Earth.

When you see a flower in full bloom, it's Teddy sending you his love.
To order memorial trees in memory of Theodore Arnold Damen, please visit our tree store.