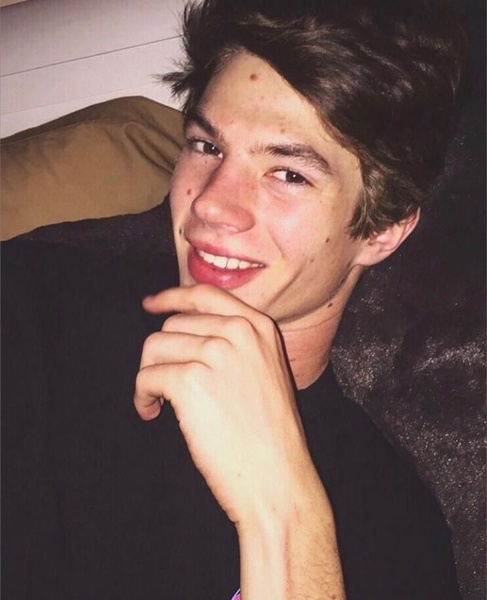 Tanner Charles Smith was our first born son, who came into this world 10 days later than his due date, on April 9, 1998. I think it defined his personality as a kid…he was sensitive and cautious when given a new situation. He later blossomed into the personable and kind-hearted young man that God created him to be.

We later welcomed our son Payton, now 17, and our daughter Cassidy, 15, into our loving family and home we created in Morgan Hill, California. Our children all had the wonderful opportunity to attend Oakwood Country School where we made many lasting friendships. In 2010, we moved our family to Granite Bay where Tanner started 7th grade at Olympus Junior High. Again, we made many great friendships at this campus with teachers and other families. Tanner paved the way for his younger siblings at Olympus Junior High and then also at Granite Bay High School.

Tanner graduated from Granite Bay High School a semester early as a mid-year senior graduate in December 2015. His younger brother Payton has followed in his footsteps and has also recently graduated as a mid year senior. Tanner loved his art classes at Granite Bay High and we have many of his art pieces on our walls at home.

Tanner then started his undergraduate studies majoring in Business Administration at Sierra College in Rocklin, while working at the local natural foods store. Most recently Tanner had enjoyed the opportunity to take a position with Spencer's brokerage as the 3D Home Tour Coordinator for Better Homes and Gardens Real Estate. He loved his job and enjoyed working with so many wonderful colleagues that treated him like family. Another exciting part of Tanner's life is that he qualified on his own to rent an apartment, and got the chance to be a "real adult". Although, he still liked Mama to go grocery shopping with him! That is my last memory of him...we went grocery shopping together a few days before his unexpected death.

Skateboarding was always his true passion, even as a young kid, and it continued as Tanner got older. He has a collection of at least 7 new skateboard decks that he had planned to mount on his living room wall as a cool art arrangement. Since he didn't get a chance to do that, our family home will have a wall adorned with his decks. He also had kept all of his old beat up and broken boards as keepsakes. One that we found even has the name of his first girlfriend on it!

Music was another thing that brought Tanner joy. He loved concerts and music festivals. Our younger son Payton began creating music in a digital workspace, and Tanner was fascinated with the process and began this hobby as well.

One silly thing that Tanner is known for in our family was his uncanny ability to come up with the goofiest nicknames for all of us and our animals. I won't embarrass Payton and Cassidy by revealing all of them, but we all refer to each other and our pets by the nicknames Tanner started:)

Tanner was always such a good friend to people. We have been overwhelmed with messages from his friends near and far, from past to current, about what a loyal and reliable friend he was to them. He brought joy, love, and laughter to them all. Tanner helped his friends through their tough emotional times. He was there for people.

Tanner had a lot of goals that he planned on accomplishing in his young life. In fact there was a list of goals in an open notebook on his countertop. Our boy was making plans for the bright future that he dreamed of. We wish with all our hearts that he had been given more time to attain those goals. But God had other plans for our beautiful son Tanner. As one friend stated, "the Lord needed another angel right now." Rest in peace son. You are loved and will be dearly missed!