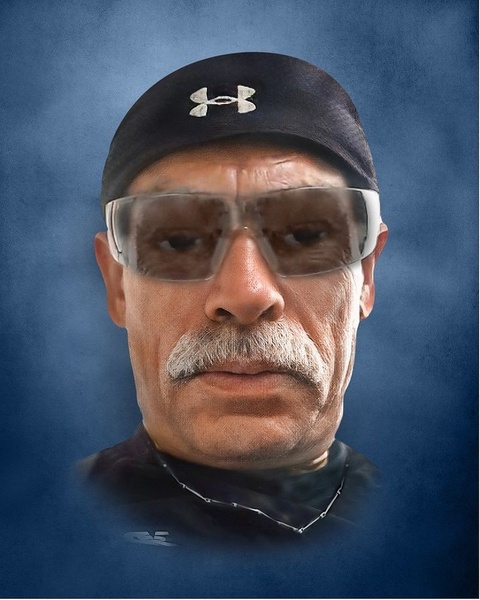 Robert Blass Mendoza was born on October 15, 1961, in Sacramento, California, to Robert and Roberta (Lanese) Mendoza. He grew up in Sacramento, attending local schools, and graduated from Bella Vista High School.

Robert worked as a general maintenance technician at Vita Blend in Sacramento for many years.

Robert had a great interest in cars and spent many hours building and working on them. He was a collector. He had a large collection of small Matchbox cars and also collected silver, gold, hats and sunglasses.

Robert travelled to some places in California, but mostly stayed close to home in Sacramento.

Robert passed away at the age of 60 on November 26, 2021. He is preceded in death by his parents, Roberta and Robert Mendoza. He is survived by his brothers Julius, Ronnie and Shawn; Sisters Penny and Kelli, nephews Shawn Jr, Tobias, Jesse, Tre'Shawn, Daishawn and Julius Ceasar IV. He is also survived by his nieces Angelina, Rosemarie, Meliss, Dai'jah, Ai'jah and Alexis.
To order memorial trees or send flowers to the family in memory of Robert Blass Mendoza, please visit our flower store.