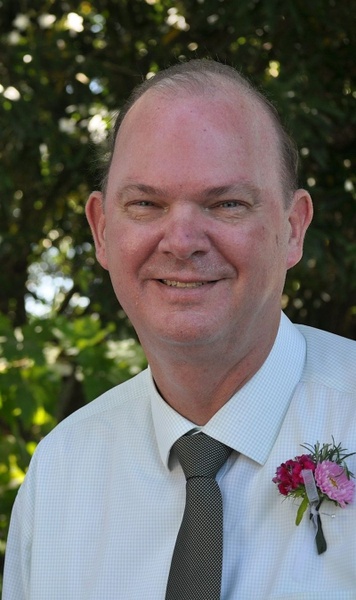 A Celebration of Bob's Life will be held on Sunday, September 12, 2021, at the Springview Hall, Johnson-Springview Park, 5480 - 5th Avenue, Rocklin, California 95677 from 1:30 pm to 3:00 pm. Light snacks and beverages will be provided but this will be a dry event. Space will be limited, so please RSVP to steven_blakesley@hotmail.com. We look forward to sharing an afternoon of laughter and memories of a life well lived with friends and family who loved Bob.

Robert Tilton Blakesley was born on April 1, 1953, at Saint Luke's Hospital in Pasadena, California, and passed away on Monday, August 16, 2021, at his home in Rocklin, California, surrounded by family.

Robert, known to all as Bob, was a real California guy. He loved the outdoors: hiking, swimming, biking, and camping with family and friends. Bob was an altar boy when he attended Saints Felicitas & Perpetua School in San Marino, and he graduated from La Salle High School in Sierra Madre. He went on to graduate from Cal Poly Pomona with a degree in Engineering Technology. Bob worked for Hewlett Packard for 29 years before retiring in 2005.

Bob moved to Rocklin in 1980 and met Shirley the same year. They were married in 1982, and they lived in the same home in Rocklin for 41 years. Bob and Shirley welcomed their two sons, Steven, in 1987, and Shawn, in 1989. He was very active in his son's lives, and enjoyed family time playing sports and travelling. Bob was happy to witness the weddings of his sons to wonderful women, and always looked forward to spending time with his two grandchildren, who were the lights of his life.

Besides family, Bob loved his Hewlett Packard family and kept life-long friendships with many co-workers. He looked forward to going to races at the Northern California tracks and was affectionately known as the "beer police" in the family section at All American Speedway. Bob was an active member of the Kiwanis Club of Rocklin where he spent many hours volunteering to help raise money to help the children of the world.

Please sign the guest book with your memories of Bob so his family and friends can remember the joy of knowing Bob.

Robert will be inurned in a niche at Rocklin Cemetery.
To order memorial trees or send flowers to the family in memory of Robert Tilton Blakesley, please visit our flower store.