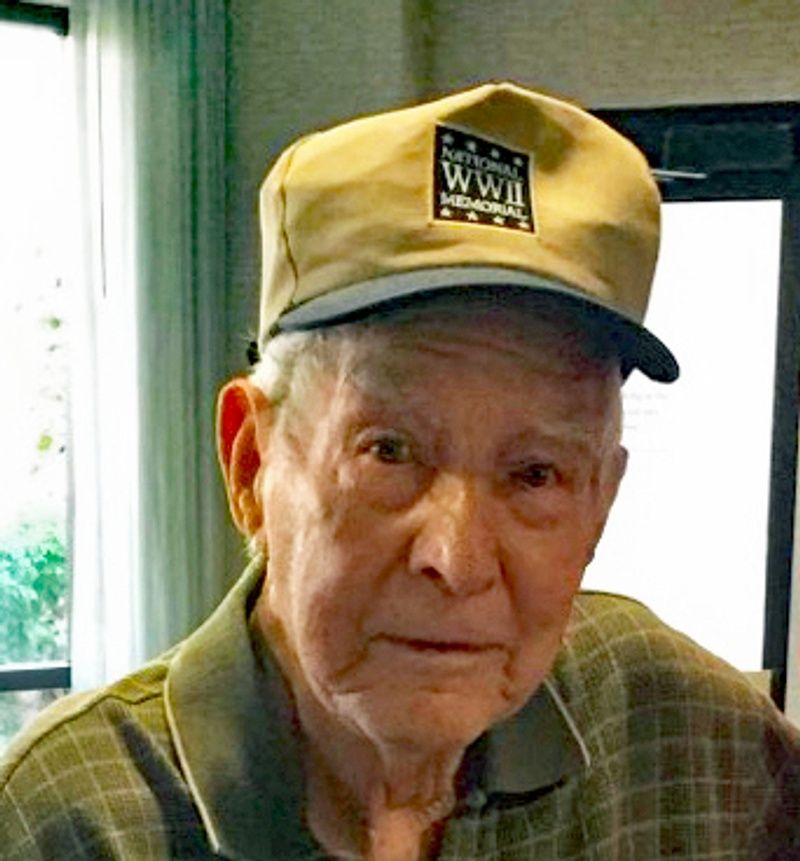 Richard Alva Skinner died at the age 97 years on June 19, 2021 at the home of his daughter Sharon Gerbi and her husband Tom in Woodland, California.

Richard Alva Skinner was born May 9, 1924 in Yale, Guthrie County, Iowa to William Robert Skinner and Elizabeth Ann Spraker. He attended Yale Independent School and later Perry High School where he met his future wife and the love of his life Virginia Anne Biederman. They were married on September 7, 1947 in New Hampton, Chickasaw, Iowa. They lived in Perry, Iowa from 1947 to 1951, during which time, their first two children, Sharon and Ron, were born.

In 1983, Richard and Virginia moved to a new home in Rocklin, California, where they lived until 2019. In the spring of 2019, they moved to Roseville, California. A few months later Virginia passed away, and shortly after that, he moved to Woodland, California, to live with his daughter Sharon Gerbi and her husband Tom.

Richard joined the United States Army in 1944 and served as a sergeant in an artillery battery in the Philippines fighting against the Japanese. Nearly shot in a changing of the guard incident, and having his hearing permanently damaged from the loud artillery fire, he went back home to Iowa at the end of the war with an honorable discharge in May 1946.

Richard was always a hard-worker who did well in providing for his family. He provided much more than financial support, he did all he could to show his love for his wife and children, and he was the peacemaker in the family.

At times in his life he worked multiple jobs. One of his longest lasting jobs was working with Byron Woodley at a Shell gas station and Firestone tire store in Santa Monica, California. He continued his work when business changes were made, and together they partnered in running a Goodyear tire store for many years. When Mr. Woodley retired, Richard helped the new owner, Ed Weitzer, get started in the business and they became great friends.

Richard helped his wife for many years to do family history, during which time they traveled across the country searching out gravestones, documents and pictures of their ancestors.

Not satisfied with retirement, Richard worked in Rocklin at an auto parts store, Ryder Trucks, as a school crossing guard, and for Sierra Wes Drywall, until he retired again at the age of 87.

The family wishes to extend our sincere thanks to family members, doctors, nurses, aides, hospice workers, and the mortuary and cemetery staff who worked together to serve and care for Richard. He will be remembered with love by his daughters, sons, grand-children, great grandchildren a great-great grandchild and his friends.
To order memorial trees in memory of Richard Skinner, please visit our tree store.