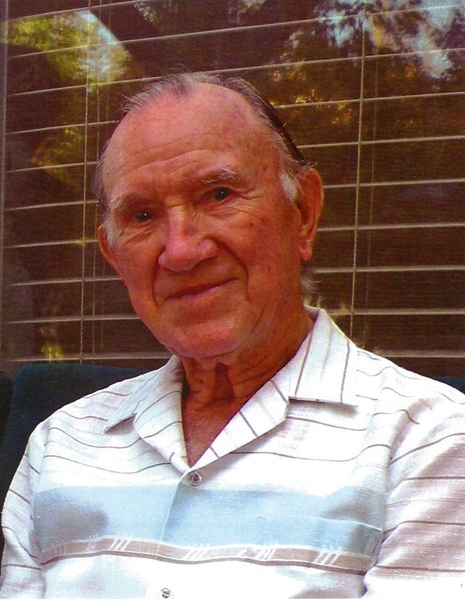 Paul was born in Truman, Arkansas and later his family moved to Montrose, Colorado where he attended high school and worked in the local hardware store.
He entered the Army in 1941 in Denver where he met his wife of seventy-one years, Pauline. Shortly after Pearl Harbor, they were married and Paul was deployed to the South Pacific where he was awarded the Bronze Star. He was honorably discharged as a Master Sergeant in 1945.

Paul's business career in the sales field required extensive traveling throughout the farmlands of Colorado and neighboring states and eventually Central America and the Middle East. He was always happy to return to good home cooking. In 1959 Paul moved his family to San Jose, CA, and in 1982, built his home in Loomis, CA where he retired in 1984.

Paul's reputation for honesty, integrity, and strong work ethic was widely known throughout the irrigation pump industry. He always stressed those qualities to his children as well as love of God. Paul set an example for all of us every day by the way he lived his life, whether playing golf (he loved golf), working on some home project (he was a meticulous carpenter), or reading his bible. His sense of humor was the best. He loved recalling things that happened to him over the years, like the time he locked himself in the trunk of the car to check for a water leak…with the keys in his pocket. He laughed at his own misfortunes more than anyone did.

Dad was a devoted member of his church. His love of God and family was his life. He was always there to lend a helping hand, whether repairs at his church or projects at all of our homes.

We will miss his stories, leading us in prayer at our family functions, his sense of humor, humility and kindness.
If you ask anyone who knew him, worked or played with him, they would probably say he was the kindest, most decent man they ever met.
To order memorial trees in memory of Paul W Gullett, please visit our tree store.