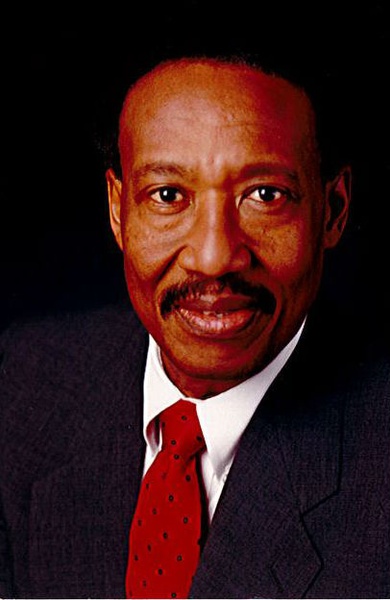 Norman Moore was conceived from the union of William `Gres' and Nona Mae Broome Moore in Utica, MS. He was the second born of four children. Norman's parents preceded him in death.

Norman's childhood was spent in Utica where he developed those life skills that contributed to his love of music, people and work. Everybody in town knew Norman for his outgoing spirit, Black and White, young and old. His jobs mowing lawns and running the town movie projector gave him great work ethics. He played the trumpet well enough in high school that when he graduated and enlisted in the US Air Force, he was assigned to the Air Force band for the entire four years.

After Norman's military stint ended, he headed to Chicago, IL where first lived with his aunt and uncle, landed a job at the Post Office and enrolled in school to pursue a Music Degree. He graduated from the American Conservatory of Music, then went on to pursue a Master's degree in music education with a piano minor from DePaul University, Chicago.

Norman finally moved out of Aunt Earline's home and got married. From that marriage to the late Willie Mae Moore came the birth of beautiful Renata Charissa Moore. He left the Post Office and started working for Clark Equipment Co, Battle Creek, MI as a Chicago-area after-market Rep. Now, he was on a fast track of accomplishments with many more to come.

Norman met his present wife, Murial while bike riding on Rainbow Beach with her young daughter, Loren. They were riding in opposite directions, but focused on each other. And, thus was their life together. Norman married Murial Harp on July 5, 1975, and they shared a loving union together for 40 years

Norman's boss at Clark Equipment was transferred to the San Francisco area in 1977. He asked for Norman to come and be the Regional Marketing Manager whose territory included all the Western states, Alaska and Hawaii. Wife Murial asked `how soon can we leave'? For the next 23 years, the family lived in San Jose while Norman worked as the corporate guru for Clark Equipment Co. and Yale Equipment Co. as their Regional Marketing Manager. He ran thru more airports and jumped over more hurdles than OJ (oops!). And, he received more accolades, awards and trophies for excellence and exceeding market numbers throughout his territory than any other Rep, nationwide.

When Norman wasn't running through airports, he would be hanging out with his golfing buddies, George and Frank Overton and Jay Taylor. In those days, they did more `$2-buck chuck' drinking at the clubhouse than shooting balls straight down a fairway. Or, he'd meet Jay (a fellow Clark Equipment employee) at 3+1 Club and talk wives and drink more $2-buck chuck.

The desire to slow down and enjoy life without a 9 to 5 regimen or airport hurdles brought Norman and Murial to the lovely, active adult community of Springfield in Rocklin in 2001. The Overtons followed soon after. And, for thirteen years living in Springfield he/they were active adults. Norman played trumpet with William Jessup University's Brass Ensemble Band, sang with Springtones, taught piano to middle school students, walked in marathons, and golfed with George and their buddies, followed by better drinks of choice. He enjoyed a good quality of life in Springfield/Rocklin.

Life and health took a turn for Norman. He was diagnosed with Alzheimer's. For a while, he was still able to sing and play music, go on daily walks and play golf until it was time to slow down another pace. The active adult community no longer fit his needs. In November 2013, Norman and Murial moved to the three levels of care community, Ponte Palmero in Cameron Park.

The 18-months were good to Norman as he/they battled the Alzheimer's condition. As his ability to walk, stand, shower and eat with assistance lessened, and his weight continued to decline, Murial had Norman put under hospice care via the awesome Sutter Hospice team. For eight months into hospice, he continued to walk, bathe, eat meals, and dance with the nurses. But, God knew Norman needed to slow down more and rest. Mister Man, `it's your time,' as Murial would often say. Not for bathing or eating this time, for rest. He enjoyed a good life, while touching the lives of many in unforgettable ways.

Norman is survived by his loving and devoted wife Murial, daughters Dr. Renata Moore-Jones and Loren Powell, sister Teresia Moore-Miller, brothers William `Jun' and Willie Edward Moore, grandchildren Leia and Cameron Jones and son-in-law Dr. David A. Jones. He leaves behind an aunt, nieces and nephews and many loving cousins to cherish his memory.
To order memorial trees in memory of Norman Moore, please visit our tree store.

the Gables Clubhouse at Springfield