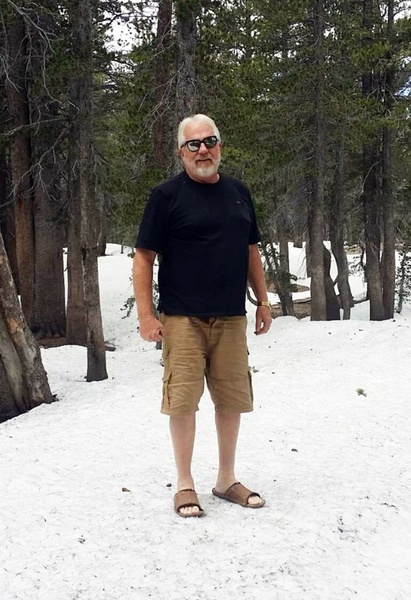 A man who lead and cared for others with a generous and sacrificial love, Larry Layton, passed away unexpectedly Sunday Dec. 23, 2018. He just celebrated his 69th birthday. He became a resident of Gardnerville NV in 2014 which was a dream come true for him.
He will be deeply missed by his wife of 30 years Debra, and 4 children Cory (Cathy) Kaylee Stanford (Thomas) Kelsy, and Bradley (Theresa) and grandchildren Aries, Mattis, and Ruby Stanford and surviving siblings Mary Chaney, Bill Johnson, Jill Aguirre, and John Anderson.
Larry embodied the spirit of biblical masculinity: "A sense of benevolent responsibility to tend God's creation, provide for and protect others, and express loving, sacrificial leadership." Those who knew him saw this in the way that he was always willing to pay for the meal and always making sure everyone he cared for had everything they needed with in his means to provide. He also opened his home to those in need and offered a safe place for those who did not otherwise have one. He loved to bless and be a blessing to others and he rarely asked or expected anything in return. While he was not perfect and could even be called selfish at times, he was still an exceptional example of how a man should love and lead those around him.
He was born on November 14, 1949 in Sacramento at Mather Air Force Base to Lawrence Edgar Layton Jr. and Marilyn Johnson. He was the oldest of six children. Four surviving listed above, and Al Anderson who passed on before him. He was always there for his siblings, the glue that kept them all together. Like when he wasn't old enough to drive, he rode his bike miles to just to spend time with his siblings. Then when he was old enough to drive he took his siblings to see each other in order for them all to stay connected.
He started his apprenticeship at SMUD then was drafted into the US Army in 1970. After returning from the Vietnam War, he became a lineman which was his life time career. Once, while talking to my father, I asked him why he chose that career path despite having a fear of heights. He said that when he read the ad for lineman school in the paper, he saw it as an opportunity to face a challenge and overcome a fear. He also greatly enjoyed coaching. He had a passion for encouraging and bettering the young lives of those he coached. Another thing he was a part of was his church Rock Harbor which he helped to start. He enjoyed helping out with a couple spring break mission trips with the youth to Mexico. When it came to retiring, that was one thing he was not good at. In fact he had recently just started a new business venture with some dear friends called Core4. This was something he was passionate about and loved doing with the goal of working hard and providing for his family. He liked to work and he taught his children and those he coached the value of hard work. When Larry wasn't at work you could probably find him enjoying a meal with his friends and family at one of his favorite restaurants. He was a very matter of fact yet sarcastic man. If he didn't tease you he probably didn't like you. He loved many and will be missed greatly.
There will be a memorial plaque placed at Heritage Oaks Memorial Chapel in November 2019 and his official resting place will be at the Sacramento Valley National Cemetery in Dixon, CA.

The family would like to thank you for all of your prayers and sincere condolences. They also appreciate your presence, expressions of love, and support throughout this time.
To order memorial trees in memory of Lawrence Eugene Layton, please visit our tree store.