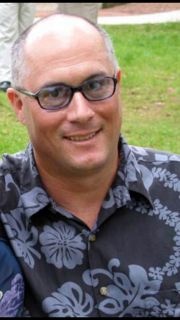 On November 3, 2018, Larry Bruce Peterson, beloved husband, father, grandfather, brother and son, passed away at the age of 63. Larry Bruce was born in Chicago Illinois on June 20, 1955 to Alvin and Minnie Dee Peterson. Larry was preceded by his beloved sister Carey and mother Minnie Dee. Larry Bruce was an avid outdoorsman and enjoyed hunting, horseback riding, camping, hiking, fishing, water skiing and scuba diving. He was born in Chicago, raised in the Bay Area and travelled and lived in such exotic locales as Truk (Chuuk), Japan, Palau, Guam, Hawaii before retiring and being laid to rest in Sacramento California. Larry Bruce was an adventurer who always wondered what was over the next hill, what else he could conquer, what he could do better. He was a self-made man who was a successful businessman and owned a cement company, construction companies (L.B. Peterson Co. and CHOI Engineering), hotel (Sunrise Villa Palau), apartments as well as partnered with T.J. Gardner Co. and Monterey Mechanical. Larry was family first and foremost. He opened his heart and home and assisted with caring both his Father-in-Law (Tmekei Smau) and Mother-in-Law (Yoppong Smau) until they passed. He was as devoted to them as they were to him. Larry loved people as they loved him and his home was always filled with family and friends. He was a huge sports enthusiast, die hard fan of the Oakland Raiders and Golden State Warriors and Kyle Tmekei Peterson. Larry will be forever loved and remembered by his wife Joan; children Brett (Efrine), Glen (Olivia), Marleen (Mark), Amanda (Julian), Kyle; grandchildren Heather, Caitlin, Sage, Reese, Cameron, Bailey Joan, Cassidy, Alexa, JT, and Isla; siblings Arne (Rachel), Rebecca, Obie (Sue), Jana (Mark) and numerous nephews, nieces, cousins, uncles, aunts and so many friends who were like family.
To order memorial trees in memory of Larry Bruce Peterson, please visit our tree store.