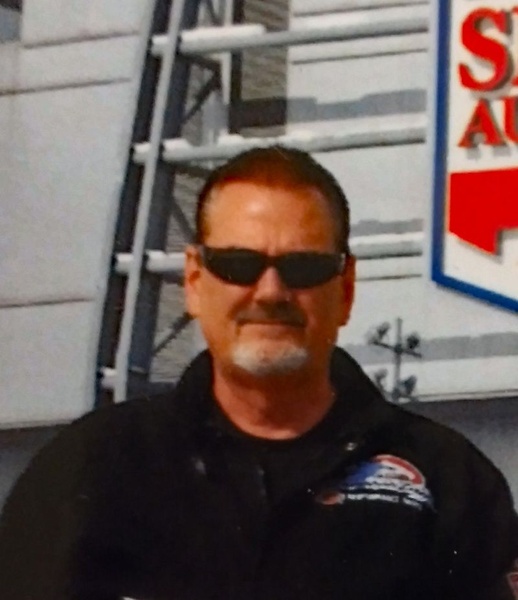 Jon Ludwig Magovac was born on New Year's Eve 1956 to Emil and Beverly Magovac. He was raised with his brother Emil and sister Tamara. Jon grew up in Sacramento and graduated from Encina High School.

Jon's family owned and operated the Folsom Boulevard Flea Market for over 40 years. After his parents passed in 1999, he and his brother took ownership of the Flea Market and kept it in operation until 2011.

He was a single father. He loved being Mr. Mom to his daughters, Kristina and Candace. Their education was extremely important to him and he made sure they had the best education possible by sending them to private schools. Kristina went on to earn a Bachelors' Degree in Business from Sacramento State University. His daughters were his pride and joy.

One of his greatest passions was sports, specifically the San Francisco Giants and the 49ers. He attended as many games as he could and was sure to catch the games on TV if he couldn't attend in person.

His other passion was Harley-Davidson motorcycles. He bought his first motorcycle when he was a teenager. He loved participating in motorcycle runs such as Toys for Tots, Shriners, Poker Runs, and other local opportunities. He enjoyed long rides with friends, and even went cross country on his beloved Harley.

He loved to cook for people. He was quite the Chef! He would cook up a big pot full of chili and scoop it into individual containers and deliver it to his friends. He would also cook up some grand tacos! Feeding his friends was showing them he loved them. Many Thanksgivings he was get up super early and cook a Thanksgiving Turkey Dinner for the Run to Feed the Hungry. Jon was a very loving, caring, and giving person. If he had anything that you needed, he would be the first to give it to you.

Jon and Kimberly's relationship began on October 11, 2006. Their relationship was packed with fun adventures like attending Giants and Niners games together, the Long Beach Grand Prix, and taking trips to San Francisco, Denver and Texas. They shared a beautiful, loving and fun relationship.

Sadly, he lost his youngest daughter, Candace, in December 2011. He constantly struggled because of her passing.

Jon was loved by many and will be dearly missed.
To order memorial trees in memory of Jon Ludwig Magovac, please visit our tree store.