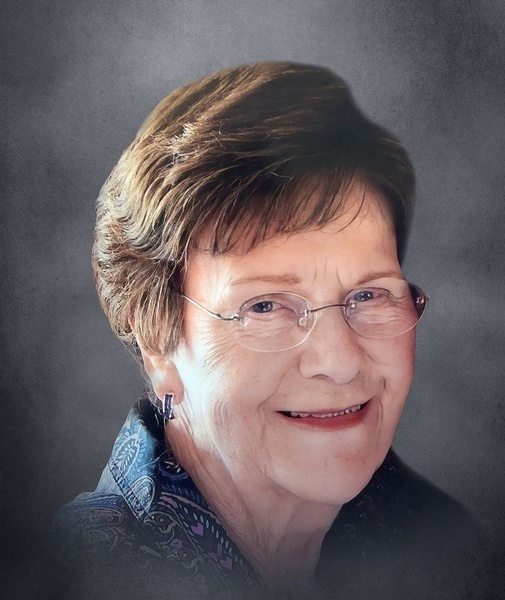 Services for JoAnn are scheduled as follows:

Interment at the Riverside National Cemetery where she will be laid to rest beside her husband, Fred, who passed away in 2014.
11:00 AM on Wednesday, the 13th of October, 2021.

JoAnn was born 92 years ago on June 23, 1929 in Sioux City, Iowa. She entered eternal life on September 20, 2021. Her mother was Elfrida Lundgren Hagström (Alfrieda) and her father was Vern Hagstrom. True to their Scandinavian roots, the family lived among a small enclave of Swedish families. During the Depression and when JoAnn was two years old, her parents divorced. Jo, as she was lovingly nicknamed, was raised by her mother and supported by her two older siblings, Don and Phyllis.

While times were tough, Jo enjoyed her young childhood in Iowa where she learned to ice skate and sled. When the family moved to Santa Monica, CA where Jo completed her growing years, she embraced the paradise that the beach seemed to her. She was just 11 years old when she began swimming in the ocean and jumping from the pier. Jo was athletic and outgoing. She made friends easily and became popular at school. She joined a sorority which was the trend at Santa Monica High School. Jo was voted Fiesta Queen (equivalent to today's Homecoming Queen) in 1947. It was only a short time later that she met her forever love, Fred.

Jo and Fred were married in 1948, and were together for 65 years before Fred's passing in 2014. They owned the house they bought in Hawthorne in 1952 until Jo moved to Murrieta, CA in 2018. Many happy memories were made on 149th Street with neighbors who resided alongside them for more than sixty years, a rare neighborhood in Southern California.

Jo and Fred had three children, Linda, Steve, and Dave, to whom they were devoted. Jo was a full time homemaker until Fred started an insurance business in the mid 1960s. She went to work as a part time office clerk, so that Fred could make a go of it. After a few years, she "retired" and took up golf with a passion. She won many trophies as examples of her talents. At the Elks Lodge where she spent decades with Fred, the two danced the night away on innumerable occasions. (Her family loved to get the two of them on the dance floor every chance they could.) Jo was always the life of the party!

Jo was a school volunteer, Girl Scout leader, baseball and football booster, and president of the women's club at the golf course where she spent countless hours. Everywhere she went people were drawn to her personality and caring ways. Jo and Fred made many friends for life.

JoAnn leaves behind her beloved family which includes her three children and their spouses, Linda (Mike), Steve (Marina), and Dave (Laura), plus six grandchildren, David, Tim, Keri, Francesca, Nicole, and Hannah. Her great-grandchildren are Sydney, Wilson, Benjamin, Crosby, Natalie, Nolan, and Joey. Her long life was full of love and many happy times. Today, we know she is free of pain and her mind is as clear as a bell. We feel confident that God's promises will allow us to gather all together again one day in the presence of our Lord Jesus.
To order memorial trees in memory of JoAnn Amanda Simeral, please visit our tree store.