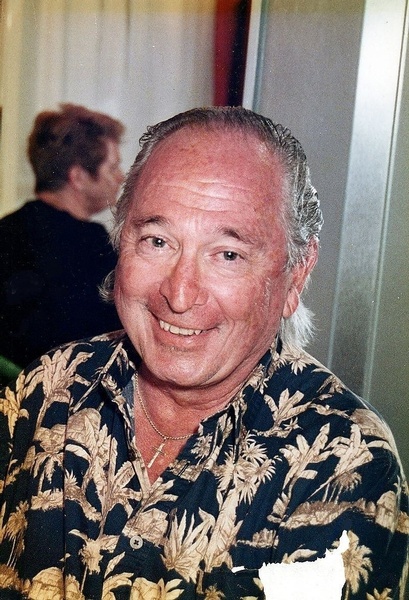 George Venneri passed at the age of 84 on April 2, 2021 in Roseville, California, due to complications from Dementia/Alzheimer's. He was born on February 14th, 1937, in Spokane, Washington, and was the oldest of four boys. He was preceded in death by his first wife, Linda Marie (Bauer); mother, Margaret Venneri; father, Michael Venneri; and three younger brothers, Don, Ted, and Frank.

He married Linda Marie (Bauer) Venneri on April 1, 1961. After convincing her to move to Sacramento, California, they raised two children, Cheryl Wall and Todd Venneri. After Linda's death in 1988, he married Darlyne (Bubany) Venneri on July 31, 1990. He had one stepson, Scott Bubany.

Throughout his youth, he was involved with the Silver Spurs Dance Troupe. His performances took him to a variety of places throughout the United States including an appearance on The Ed Sullivan Show. After high school graduation, he served proudly with the United States Navy.

George graduated from Eastern College of Education (now known as Eastern Washington University) in 1960. His first teaching assignment was at Thomas Kelly Elementary School in Carmichael, California, before moving on to Barrett Intermediate School where we taught Social Studies and coached basketball. He transferred to La Sierra High School in 1973, where he taught US History and World Studies in addition to coaching J.V. basketball and freshman football/baseball. After La Sierra closed in 1983, he taught at both Bella Vista and San Juan High Schools until his retirement in1993.

His passion for traveling took him on many adventures around the world. He often led students as well as adults on a variety of European tours. He was especially proud of his Italian heritage and traveled throughout Italy several times. His house was filled with many travel collectables from Italian Renaissance artists such as Michelangelo and Leonardo Da Vinci. He was also involved in the Close-Up program taking High School kids to Washington DC. He continued his love of traveling with his second wife, Darlyne. Their love of travel took them near and far, but multiple Mediterranean cruises upon clipper ships were their favorites.

His other passions were golf and baseball. He enjoyed playing courses in Palm Springs and Hawaii as well as locally. He was an avid San Francisco Giants fan and would often travel to the Bay to enjoy games in the spring and summer. George was also a big dog lover. He and Darlyne were often seen at Travis Air Force Base providing therapy to veterans with their Collies in tow through the PAWS program.

He is survived by his second wife, Darlyne; daughter, Cheryl Wall (Brian), son Todd Venneri (Kelly), and stepson Scott Bubany. He is also survived by four grandchildren, Zack and Hannah Wall in addition to Madison and Nathan Venneri.
To order memorial trees in memory of George Michael Venneri, please visit our tree store.