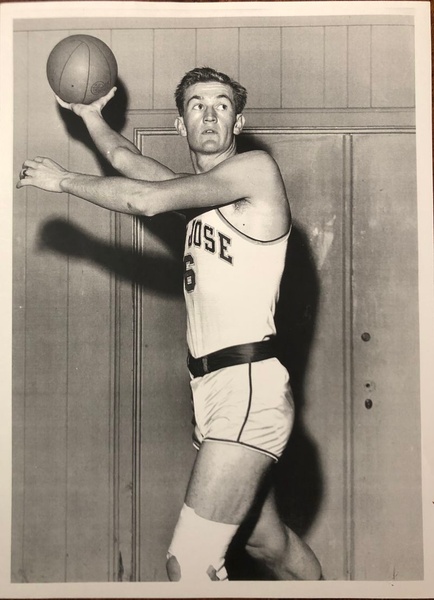 George was born on July 2, 1930, and passed away on December 4, 2019 at the age of 89. He was in the care of the very compassionate and committed staff at the Senior Haven Board and Care home in Lincoln, Ca. as well as Sutter Hospice for the last month of his life with daily visits from friends and family. Dave Norman's Helping Hand in Lincoln was the gentle, kind care assistant we relied upon at times to keep George at home as long as we could.

George's earlier life has often been described as "out of Grapes of Wrath" with the family's journey from Nebraska to the West during the Great Depression in an old truck piled high with possessions and a family of seven. His father's business delivering coal by horse-drawn cart to people in Gibbon failed when they had no more money to pay him.

George was at the same time rich indeed in that he had 3 older brothers and one sister who together with a mom and dad provided a loving, supportive intact family in which to grow and develop his potential.

Sports was at the center of his life—watching and learning from his brothers. He played all major sports but especially excelled in basketball helped along by his 6'6" height. He also displayed an ability in leadership, becoming class president and eventually student body president at San Jose High School.

He was recruited to go to USC for his basketball ability but after a brief stay came home to familiar territory at San Jose State College. The SJS College team was in the top 20 teams (17th) in the Nation at the end of the 1949-50 season. His record of 376 rebounds in 1952 remains the record at the school to this day, and he is in the SJSU Hall of Fame.

He graduated in 1953 with a B.A. in Physical Education and History, and he continued summer and night classes until he received his M. A. in General Administration in 1966.

George taught in Cupertino and at San Jose High School. He was later an administrator in Cupertino, Campbell, Alum Rock, Watsonville, Reef-Sunset, and Salinas Schools. His work as an administrator took him also to Brazil, Peru, Mexico, and Colombia. In his 37 years as an educator in both public education and in American Schools of Latin America, he was able to touch many lives in a very positive way.

George founded the Santa Cruz chapter of the San Jose State University Alumni Association in 1985. He served as president from 1995-1997. He enjoyed being active in alumni events both in San Jose and in Santa Cruz for many years.

In addition to his special love and support of San Jose State University, George had started to develop an association with William Jessup University and the athletic programs there. He enjoyed attending the games at the universities as well as his grandchildren's competitions as long as he was able.

George had a life-long love of Broadway musicals from Oklahoma to The Lion King and all in between. He had a beautiful voice and loved singing along with popular songs of the day. And let's not forget his dancing—no one could do the bossa nova any better!

He was often referred to as the "friendly giant" as his mid-western personality made most everyone an instant friend. He could relate to anyone no matter what age or life circumstance. He was not above making a "goofy" face or talking like "Daffy Duck" in order to get a youngster to smile. He spread kindness and cheer wherever he went and loved his family and friends very much.

He will be greatly missed but fondly remembered with a smile on our faces and a song in our hearts.


In lieu of flowers the family request memorials be made in George's name to the charities listed on this tribute site.
To order memorial trees in memory of George Byrd Clark, please visit our tree store.