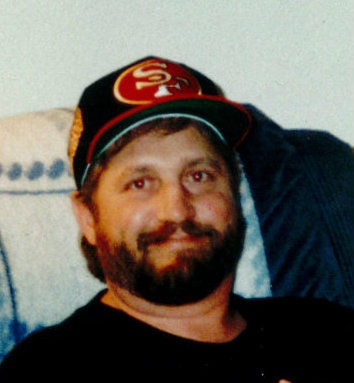 Gary L Gibson, born March 10, 1956, passed away January 18, 2017. Gary is survived by his wife Helen, Son Jacob, daughter Sarah (Daniel), parents Jack and Donna, brothers Terry(Cary) and Larry (Teri) and many nephews and nieces, family and friends. Gary was born in Kansas, his family moved to Loomis when he was two years old. A 58 year resident of Placer County, Gary graduated from Del Oro High School in 1974. He played many sports, but was most known for his time on the Del Oro Eagles Football Team. Gary worked at Loomis Fruit Stand and Granny Goose before he was hired at the Rocklin Newcastle Cemetery, where he worked for 10 years. In 1985 he was hired by South Placer MUD, where he worked until March 2016. Gary really loved his job and his co workers and only retired because of his failing health. Gary loved to go fishing, play his guitars, watch football, Nascar, Bering Sea Gold, Gold Rush, American Pickers, Swamp People, Alaska the last frontier and Deadliest Catch. In 1994 Gary married Helen, became a dad to his step-daughter ,Sarah and his son Jacob. We have many happy memories and will share them at his Celebration of Life Service. Gary was in declining health for the last several years. He never fully recovered from surgery last year and was in pain. I hope all can find comfort in the fact that he is no longer suffering. Our family has found great comfort in the fact that Gary's "Gone Fishin"!
To order memorial trees or send flowers to the family in memory of Gary L Gibson, please visit our flower store.