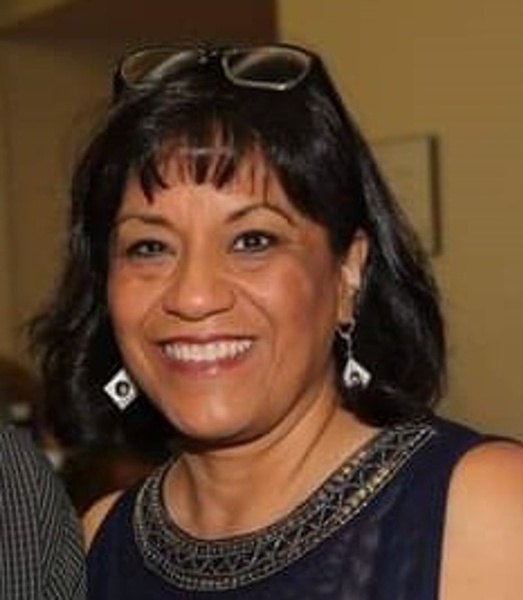 View the livestream of Elizabeth's Celebration of Life at https://boxcast.tv/view/tofft-memorial-service-ol5kbtozkkhbhkp3is3j.

Elizabeth Esperanza Tofft was born in Roseville on the 23rd of May, 1962 to Theodore and Andrea Nevarez. She was the youngest of four siblings, 2 boys, Tudy and Teddy and her sister's name is Sandy.

She had a passion for sports and music, she played the flute throughout high school and was a member of the marching band. Liz also lettered in volleyball, basketball and track. She was a pretty fast runner, she definitely passed this on to her two daughters. Liz also was a cheerleader for a year of high school.

Liz was a Lincolnite, through and through, she attended Mary Beerman Elementary School, Carlin C. Coppin Elementary, Glen Edwards when it was K-8th still and then graduated from Lincoln High School in 1980, She was a fighting zebra!

Liz and Kenichi first met when Ken moved to Lincoln in 1974, 6th grade, she was in Mr. Glover's class which is where Ken was assigned. All throughout school, they always had a little crush on each other, but the timing just never seemed to work out, not until just before graduating. Five months later they were married on Columbus day, Sunday, October 12th, 1980 at the Methodist Church here in Lincoln, the one right next to the high school. The reception was held at the Lincoln Women's club. They were too young and poor for a honeymoon, but Ken's uncle, Jan Tofft let them stay at his cabin near Lake Tahoe.

Their first born child, Melissa, was welcomed into the world on January 3rd, 1982 after 20 hours of labor. Liz and Ken were so happy. Their second born, Kenichi Jr. came along 5 years later on October 13, 1987. The Tofft clan was complete so they thought, but God had a different plan. Liz found out she was pregnant with baby number three, Stephanie, and she was born on January 19, 1992.

Liz and Ken were very involved in their kids activities, Lincoln Girls Softball, Lincoln Youth Soccer, they coached together, sometimes she would be the manager or just the team mom. Liz also was involved in athletics herself until her mid 30's for softball and mid 40's for volleyball. She was known for being able to hit the ball REALLY far in slow pitch softball, even though she was a smaller female. Her favorite thing when she was playing coed softball was when the outfield would play in thinking she wouldn't hit it far….and then she would hit it WAAAY over their heads and was so fast that she would turn it into a homerun.

Liz worked at a few different places in her lifetime, Roseville Telephone company two different times (which coincidentally was located in this building), Pacific Bell as an operator, California Grocers Association and NEC Electronics. When the kids were younger, there were times that she worked only part time so that she could spend time with her babies. When Stephanie was little, Liz decided to start doing daycare to be able to make money, but also be able to be more available for her kids, take care of things around the house and always had a home cooked meal ready for dinner. She was Supermom!

Liz recently retired from Western Placer Unified School District in June of this year. She worked at Glen Edwards Middle School as the food service clerk for 22 years. What she loved most about this job was that it gave her time off at the same time as her kids. Being a mom and a wife meant everything to her.

Anyone who was ever around her and got to know her remembers her infectious smile and her great sense of humor. She was a very joyous person who devoted herself to her family and friends.
To order memorial trees or send flowers to the family in memory of Elizabeth Esperanza Tofft, please visit our flower store.

Livestream of Elizabeth's Celebration of Life

See "More Info" below for the link.