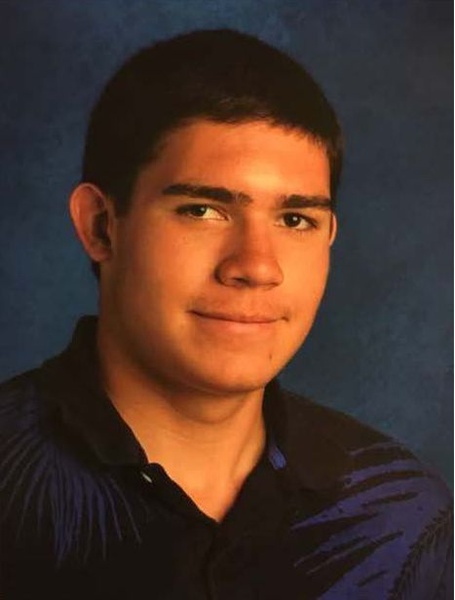 Earl Ronny Andrews Galindo, age 18, a resident of the city of Loomis, County of Placer, lost his life on Saturday, January 16th at approximately 10:45 near the intersection of Park Drive and Villa Serena Circle in Rocklin, CA, where he lost control of his automobile and crashed into a tree, dying instantly.
Ronny was born in Tegucigalpa, Honduras to Fatima Lucia Galindo Ardon and Earl Ronny Andrews. Ronny spent the first nine years of his life on the Island of Roatan, Honduras, where his father worked as an electrical contractor and his mother was a full-time housewife. Ronny spent many hours on the beach playing in the sand and sea, often with his half-brother, Daniel Venegas. The family returned to the United States living in Cartersville, GA for one year prior to their relocation to Loomis, CA.
Ronny attended elementary school at Loomis Grammar where he excelled in basketball and track. He attended Del Oro High School in Loomis, CA, a senior expecting to graduate this spring. There he started in basketball and track, later becoming a part of the Del Oro football team. He was highly thought of by his classmates, teachers, coaches, and team members.
Ronny lived with his father and step-mother, Emelyn Andrews in Loomis. He is survived by his parents, his half-brother, numerous aunts, uncles, and cousins residing in Cartersville, Georgia and Tegucigalpa, Honduras.
Funeral arrangements are being handled by Heritage Oaks Memorial Chapel, 6920 Destiny Drive, Rocklin, CA. Services will be held at Destiny Christian Church 6900 Destiny Dr. Rocklin, CA on Saturday, January 23rd at 1:00. Please call 916-791-2273 for additional information.
"There is a time for everything, and a season for every activity under the heavens:
A time to be born and a time to die,
A time to plant and a time to uproot,
A time to kill and a time to heal,
A time to tear down and a time to build,
A time to weep and a time to laugh,
A time to mourn and a time to dance,
A time to embrace and a time to refrain from embracing,
A time to search and a time to give up,
A time to keep and a time to throw away,
A time to be silent and a time to speak,
A time to love and a time to hate,
A time for war and a time for peace." Ecclesiastes 3: 1-8


Ronny made the mistake of driving too fast and left this world, leaving a tremendous void in the hearts of parents, relatives, and friends. He will remain in our hearts and memories. Ronny was loved!
To order memorial trees in memory of Earl Ronny Andrews Galindo, please visit our tree store.