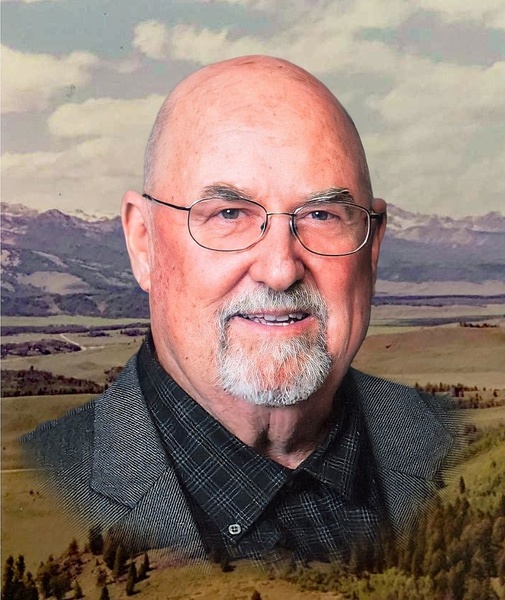 Dennis grew up in Portola, California. He was a good student and he enjoyed Boy Scouts. He was active in school and sports throughout his school years. He enjoyed participating in the school student body and held a class office every year throughout his junior high and high school years, serving as class president his senior year in high school. Dennis also played football in high school and made all state his senior year.

After graduating in 1963, Dennis went to Chico State University where he played football for one season. He later moved to the Sacramento area and began working for the railroad while he attended Sierra College to study computer science. Dennis enlisted in the Navy in August, 1965, during the Vietnam War period. He was an air crewman in the Navy and was proud to serve his country. Dennis served in the Navy until October 1969.

Dennis married Lexy, his loving wife of 54 years, on July 29, 1967. They lived in Rhode Island during his time in the Navy, ultimately returning to the Sacramento area in 1969 after the Navy. Eric joined the family in August of 1970 and Tiphanie in May of 1973 while Dennis finished school and worked full time.

With their family complete, Dennis started work for the State of California as a computer programmer and worked for the state until he retired 2000.

Dennis enjoyed riding motorcycles both street and dirt bikes, sailing, reading, wood working, tinkering and fix it projects, and most of all spending time with family, especially his grandchildren.

Dennis dearly loved his wife Lexy and their children; Eric Homen and his wife Julie, and Tiphanie Weiss and her husband Karl. He adored their grandchildren; Jordyn Cole and her husband Taylor, Cole Homen, Taylor Lurker and her husband Spencer, and Amanda Weiss. He treasured his relationship with his brothers, Jerry and Bruce, and his sister Hallie as well as Lexy's siblings; Lynn, Bob, and Patti and their spouses and many wonderful nieces and nephews. He was a beloved father, grandfather, uncle, brother, and true friend. His greatest treasures were his relationship with his Savior, Jesus Christ, his family, and his dear friends.
To order memorial trees in memory of Dennis N. Homen, please visit our tree store.