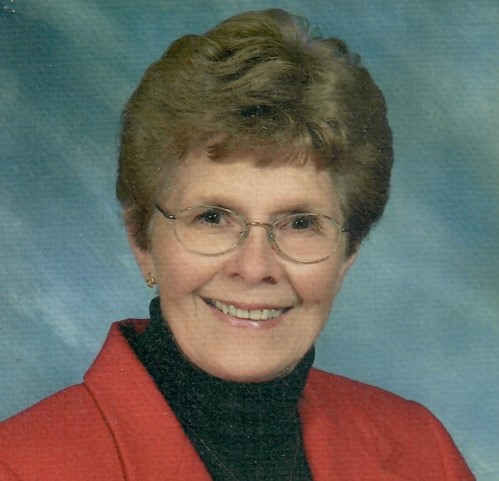 Darlyne Karol Kottwitz, was born on November 1, 1929 in Ortonville, MN to her proud parents Henry and Esther (Oswood) Kottwitz. Darlyne was the 4th child of six children and was the second oldest daughter. In 1933, the family moved to Clinton, Minnesota where her father worked for the Milwaukee Railroad and her mother was a homemaker. Darlyne lived there with her family and attended elementary school until 1941 when the family moved back to Ortonville and made their home in Cashtown.  Darlyne attended Ortonville High School and graduated in 1947.  During high school, Darlyne worked at the Big Stone Canning Factory. After graduating, she landed a job as telephone operator at the local Northwestern Bell office. Darlyne married the love of her life, Leo Ceaser Jr, on August 22, 1948 at the First English Lutheran Church in Ortonville. They shared 40 wonderful years together before Leo’s passing in 1988.

The young couple moved to Fargo, ND for Leo to pursue his interest in the furniture business. Darlyne continued to work for Northwestern Bell and transferred back to the Ortonville office in 1950. A few years later they started their family and were blessed with a son, Gregg Lee, who was born on January 19, 1956.

The family moved to Browns Valley, Minnesota in 1957 where Leo owned and operated Ceaser & Clark Furniture store. Darlyne was a busy homemaker and was an active member at the Trinity Lutheran Church where she taught Sunday school. They were blessed with their second child, a daughter, Corin Colette, who was born on June 19, 1961.

The family returned to Ortonville in 1965 after closing their store. In 1969, Darlyne started working for Milbank Mutual Insurance Company in Milbank, SD until her retirement on July 1, 1996 after 27 years of service. Darlyne and Leo also owned and operated the Sunrise Motel in Ortonville from 1977-1985. After retiring, Darlyne moved to Laurel, MT in 2002 to be near her son and his family.  She made her home in Rocklin, California in 2011 to live with her daughter and son in-law until her passing.

Darlyne loved spending time with her family especially her grandchildren and always made time to attend their ballgames or school events. She was a good cook and made the best apple pie (her favorite). She liked to be outdoors, going for walks and working in her garden. Darlyne enjoyed traveling and visiting family. Her most memorable trip was to Sweden with her mother and sisters. Darlyne and Leo enjoyed golfing together and were members of the Antique Car Club.  They attended numerous car shows and parades with Leo’s 1940 Ford Coupe.

Darlyne was a confirmed and active member of the First English Lutheran Church in Ortonville for many years. She served on the Alter Guild, Ladies Aide and volunteered for other church events. Darlyne had a kind and gentle spirit with a strong personal faith. Her warm, friendly smile and laughter would light up a room.

Darlyne said her greatest accomplishment was raising a family. Her favorite color was purple and favorite flower was the red rose.