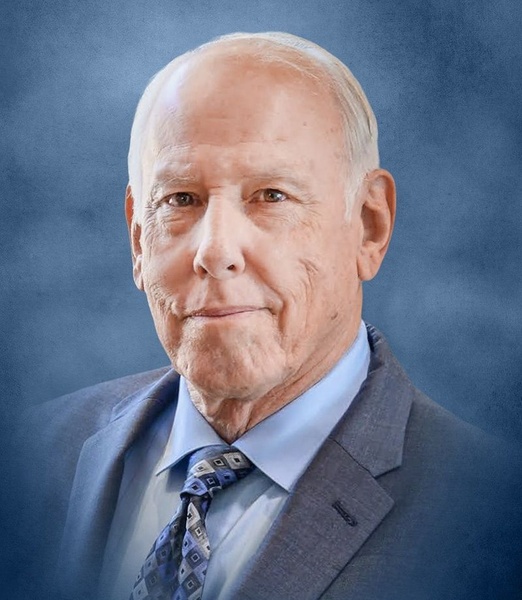 Services for Craig are scheduled as follows:

11:00 a.m. - Mass of Christion Burial, Saints Peter and Paul Catholic Church, 4450 Granite Drive, Rocklin, California. For those who cannot attend in person, you may join us by Zoom at https://us02web.zoom.us/j/84735216267?pwd=YXRpRHU4UEtVOTlBRGlKQ3FzOC8zQT09.

Reception following the Committal. Please RSVP to amyengle916@gmail.com for location

Craig was born at Mercy Hospital in Sacramento on March 29, 1950 to Clare and Delos Brown Jr. He has one older brother Curtis Brown. When Craig was born, his parents lived in a home adjacent to "Brown's Ideal Trailer Village", a park started by his Grandfather Delos A. Brown Sr. near the corner of Auburn Boulevard and Madison Avenue in Sacramento. It was a great place to grow up, lots of empty fields, giant oak trees, and a never ending supply of interesting kids from the park. Craig attended Pioneer and Oakdale elementary schools, moving around as district boundaries changed. Craig's father built a soap box derby coaster which provided endless fun on Walnut Avenue hills, and later Craig's grandfather, who enjoyed his grandchildren immensely, bought them a "Go-cart" when these were still novel. They raced that around the park until residents persuaded grandpa to make the kids a track in a remote field.

He told many stories of growing up there. His grandparents Delos Sr, and Elizabeth Brown took Craig and Curtis on summer vacations in their trailer giving them many fond memories. Craig would tell his kids about visiting Yellowstone, surviving the big Hebgen Lake earthquake of 1959, going to Fishing Bridge and playing miniature golf. He even tried to recreate the experience with his kids taking them to all the places he went.

Craig's parents bought property and built a house 5 miles outside of Newcastle and moved there when Craig entered 5th Grade at the old Newcastle Elementary School. Craig enjoyed roaming the wild lands around the new property, shooting his .22 rifle and riding a home-made small off-road motorcycle around the hills with his dog Star.

Craig then attended Placer High School in Auburn. He loved baseball and played for the Giants in the Babe Ruth league winning the pennant that year. His favorite MLB team was also the San Francisco Giants. In his family you had to be a Giants fan if you were a Brown. Craig had a signed baseball from the 1962 San Francisco Giants until the fateful day when his three boys decided to play catch with it in the yard. He found out about this when he ran it over with his lawn mower. Craig and Mary enjoyed attending Spring Training games for the Giants in Scottsdale Arizona on several occassions with friends Dan and Sandy.

After High School, Craig joined the Navy. For the next four years He was stationed at Lemore Naval Base and did tours on the USS Enterprise and the USS Constellation during the Vietnam War. He didn't talk too much about his time in the Navy, but did tell us he was stuck in the middle of the Indian Ocean on alert for several months, which was difficult.

Craig met his future wife and love Mary Lynn Nash when he attended her sister Cathy's wedding. Mary and Craig hit it off. Mary was attending Flight Attendant School in Los Angeles and Craig was in the Navy not too far away. Once Craig was out of the Navy they got married in Carson City with their parents present on October 7, 1972. They rented a little house in Auburn on Live Oak St. Craig worked as a security guard at Sierra College. Their first child and only daughter Amy was born in 1973.

Craig and Mary bought a house in Citrus Heights, with their parents help, and moved there before their second child Michael was born in 1974. With a growing family, Craig went to work as a corrections officer in Vacaville and Folsom. He also attended Sierra College earning an associates degree in criminal justice. In 1976, a second son, Gregory was born. Craig was contemplating a change in careers during this time. Craig and Mary moved their kids to Tahoma for a summer, when Craig went to work for her Father, Frank Nash of A&N Construction. During this time, their third son and fourth child Robert was born in 1977. Deciding construction wasn't for him, Craig then enrolled in the State Police Academy.

After the Academy, Craig's first job was in San Francisco. He moved his family to San Leandro in one of the few homes that would rent to a couple with four kids. Money was very tight and things expensive in the Bay Area. After about a year, Craig was able to get transferred to Sacramento in 1982. The family moved back to Citrus Heights, but in a different neighborhood as Craig and Mary rented out their old house. Craig worked nights for years and Mary was constantly trying to keep the kids quiet so their dad could sleep. Craig would get up and eat dinner with his family, though it was his breakfast. Mary went back to work after Robert started school and Craig suddenly had to make dinner for the kids once a week when she worked late. The kids remember him making quick skillet dinner with rice- a-roni and gulash. In 1995 the State Police merged with the California Highway Patrol, thus Craig became a member of the CHP. Craig retired in 2005.

In 1986 Craig and Mary bought a bigger house with property in Loomis. They wanted their kids to have the same kind of experiences they had growing up. They sent kids to Washington D.C. on school trips, ferried kids to baseball and karate, and attended countless baseball games. They saw their kids through graduations, college, first jobs, weddings and grandkids. Attending kids sports continued with grandkids' track meets, volleyball, football, basketball and baseball games.

Craig was an avid WWII enthusiast. He traveled to France, Scotland, Ireland and Belgium in 2008 with his Father Del, his brother Curtis, his wife Mary and his son Gregory visiting a variety of notable war time locations.

Craig and Mary went on numerous vacations with their grown kids and their families giving them all many wonderful memories of Disneyland, National Parks, camping, museums and historical sites. Craig and Mary also went on many cruises and vacations with friends Ernie and Sherry.

As we have been remembering Craig a few family stories have come to mind that we would like to share.

When Craig was young his family stopped at a gas station while on vacation where he saw a field of white cottony plants. He decided to light one of the plants on fire. The entire field caught fire immediately. Fortunately the service station was able to put the fire out. As life would have it the apple doesn't fall far from the tree. Thirty years later, two of his sons Michael and Robert, thought it would be fun to light small piles of grass on fire at their new home in Loomis, while home alone. There was no plan to put out the fire other than stomp it out and bring cups of water from the house to the field. The fire soon grew out of control. The Fire Department came and quickly put the fire out. Thankfully Mary knew the story of Craig and the gas station, so she called Craig at work to remind him of what he did when he was young and then told him of the fire on the property giving Craig time to think about it all. Craig ended up handling it pretty well with Robert and Michael, while Gregory was just glad that he had gone to the store with mom that day.

Amy remembers her Dad just patting her head as he would walk by even when she was an adult. All his kids do.

Craig had a soft spot for cats. The family had multiple cats over the years and he even fed one by bottle. You could see him outside holding them like a baby. Whenever he went to Amy's house he always asked about Wallace who was Savannah's unruly cat.

Craig received the name Papa from his first grandchild Victoria. She couldn't say Grandpa and it came out as Papa. All his grandkids called him Papa.
When Victoria was only 2, she came outside and asked. "Papa? What the hell you doing out here?" Craig was shocked and asked where did she learn that? Mary looked at him and he just smirked knowing he better watch his language from now on.

Victoria and Savannah remember their Papa playing Pretty Pretty Princess and winning. He wore the crown, the earrings, the necklace..everything.

When Ethan was a little guy, he liked to drink his bottle and run his hand up Papa's sleeve the length of his arm. Papa would sit there until he was done.

When Benjamin was small he was terrified yet fascinated by wearwolves. He asked Papa," If we were on the roof, could a wearwolf get us?" Instead of telling his 4 year old grandson that wearwolves were not real, Craig looked at the roof, looked at the ground, looked back at the roof and then said, "Probably." Ben gulped.

Craig was the one person in the family that Gregory knew would answer his phone. He was Gregory's go-to for traffic complaints while he was on the road. Craig would always listen and commiserate with Greg.

Craig loved his wife, kids, grandkids and brother. He will be dearly missed by all of us.
To order memorial trees in memory of Craig Jay Brown, please visit our tree store.

Please RSVP to amyengle916@gmail.com for location