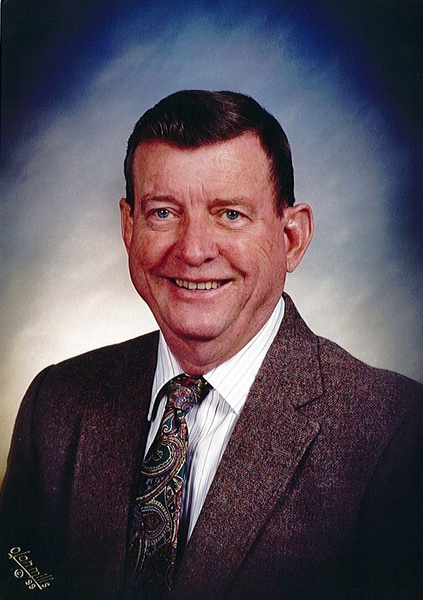 Charles Franklin Tedford peacefully finished his life journey on Thursday, May 26th 2016 in Rocklin, California. He was preceded in death by his loving wife, Julie Tedford who he was married to for over sixty years and his two sons, Mark Charles and Philip John Tedford. Charles was born in Lawton, Oklahoma on June 26th, 1928 to Charles and Loula Tedford where he was raised until he joined the US Navy at the age of 17 and served honorably for 33 years beginning his career as a Navy corpsman and finally achieving the rank of Captain in the Medical Service Corps. Among his many locations he was stationed in San Diego, CA, Balboa Naval hospital, Treasure Island in San Francisco, CA. and Bethesda Naval Hospital in Bethesda, MD. His final tour with the Navy was based in Sand Point, Washington.
During his distinguished career Charles completed two master's degrees in Chemistry and Bio Chemistry in addition to finishing all the work for his doctorate in Nuclear Physics at the University of California, Berkley where he went on to help develop and build the Nuclear Naval Safety program. After his retirement from the Navy in 1978, he pursued a second career with the state of Arizona as the Executive Director of the Nuclear Regulatory Commission under Governor Babbitt. The last four years of his career were spent up in Juneau, Alaska where he and his wife chased King and Silver salmon in the inlets and bays with their 26ft. fishing boat while working on loan for the state of Alaska's nuclear regulatory department. Those were some of the best days of his life. He loved to camp and fish with his family and taught his sons to water ski at early ages up in the cold mountain lakes of Northern California. Charles also found time to coach little league for several years and was president of the board of Directors during his tour at Bethesda Naval hospital in Bethesda, MD.
He is survived by his oldest son, Gary Franklin Tedford, five grandsons, Bryce, Kyle, Corey, Logan and Connor, two granddaughters, Tara and Tricia and his ten great grandchildren, Declan, Rylan, Caleb, Camdyn, Olivia, Kathryn, John, Emily, Michael, and Sara, with an eleventh great grandchild due in July. Charles lived a full life with his wife and loving family and will be deeply missed.
Services will be held on Friday, June 3rd at Heritage Oaks Memorial Chapel in Rocklin, CA. Viewing will begin at 3pm with services at 4pm.
In lieu of flowers please send your donations to the Placer County Law Enforcement Chaplaincy.
To order memorial trees in memory of Charles Franklin Tedford, please visit our tree store.