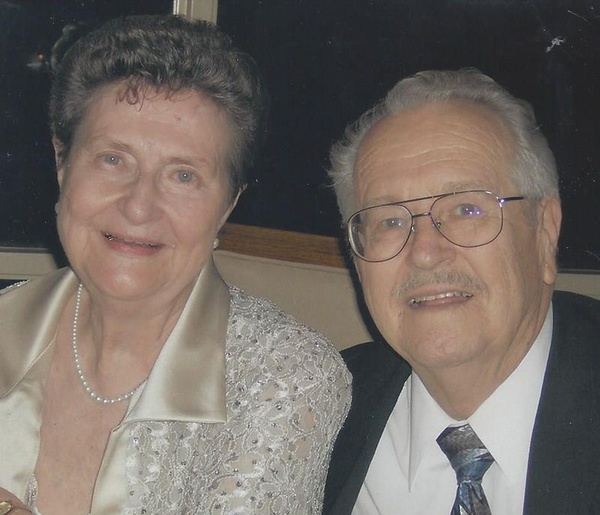 Charles Albert Hartman was born on May 30, 1926 in Live Oak, California to Malinda (or Linnie) and Seth Hartman, and was dedicated to the Lord as an infant. Seth and Linnie were pastors, and he remembered the evangelists and missionaries staying with them on many occasions and the stories they told over a meal.

He was the 3rd in line of 13 kids. Ruth was the eldest, then Edwin, Charles, Elaine, Malinda, Annabelle, Myrtle, Alma, Ardie, Alvin, Seth, Mahlon, and Jeffrey. He said that home was a place he liked to be, a place of joy and peace.

Charles left high school and joined the Army Air Corps at age 18. He served from 1944 to 1946. He was trained in Fort Sill, Oklahoma and then went to the Philippines and Hawaii. He served as an automobile mechanic and a marksman. He also worked as an MP when the war was over.

Charles first received his call to ministry while standing guard one night on Luzon Island in the Philippines. He felt the presence of the Lord so strongly that he started to cry. He was being asked of the Lord to preach the gospel. Finally, he prayed, "Lord, if you bring me home safe, I will finish high school, then go to Glad Tidings Bible School and then preach the gospel." And that's exactly what happened.

In 1946 after finishing high school and before starting Bible school, he met Carolyn Hope Mallory at a Youth for Christ rally in Santa Rosa. They married on June 27, 1948 in the same church that Carolyn's parents married in.

Over the years, Charles pastored in a number of churches, including: Novato, Healdsburg, Santa Rosa, Orleans, Paradise, and Elko, NV. He was also on staff at Capital Christian.

Charles' advice on life: Seek God's will for your life and follow that with all that you have in you. When asked to describe his life, he said, "I am peacefully satisfied that I have done what the Lord called me to do."

Tributes, memories and comments to the family can be posted in the guestbook at:
https://tributes.com/obituary/show/Charles-Albert-Hartman-108495703