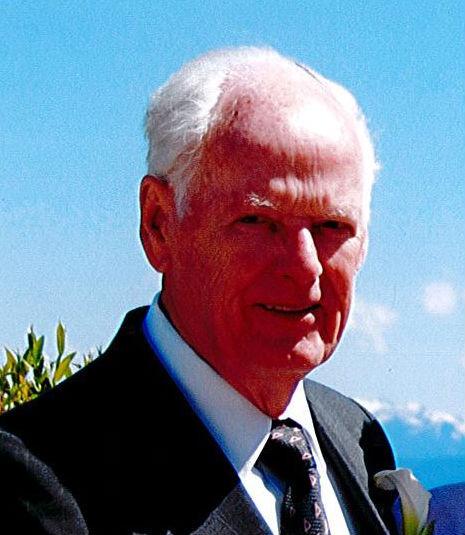 Bernard Henry Conlon , 86 , of Lincoln, CA passed away on Friday, January 23, 2015 at Villa Del Rey Manor. He was born on October 18, 1928 in Philadelphia, PA to parents Bridget and Owen Conlon.
Bernie was raised in the Olney section of Philadelphia and graduated from North Catholic High School in 1946. He served in the Korean war and was stationed in Germany and served as the primary transportation official for the Lt. Colonel of that division. He worked as a laboratory chemist at Jacob Stern and Son's for 40 years in the Kensington section of Philadelphia. Bernie was a active member of St. Teresa's parish in Runnemede, NJ until 2012 when he relocated to Lincoln, CA . Bernie married Jean Connelly in 1951 in Philadelphia. They were happily married for 63 years.
Bernie is survived by his beloved spouse Jean of Lincoln, CA.; his son Bernard Conlon Jr, spouse Terry of Ridgefield, CT; his daughter Janice Fett , spouse John of Lincoln, CA.; his grandchildren Joseph, Jenna, Megan and Ryan and his sister Jeanne Corbett and brother Owen Conlon both of Philadelphia PA. He is pre-deceased by brothers Joseph and John.
A gathering of family and friends will commence at 10:00am followed immediately by a Mass of Christian Burial on Thursday January 29, 2015 at St, Joseph Catholic Church 280 Oak Tree Lane Lincoln, CA. . Burial will be held on Friday January 30, 2015 at 10:00am at Sacramento Valley National Cemetery 5810 Midway Road Dixon, CA.
In lieu of flowers the family requests memorial donations to the Michael J. Fox Foundation for Parkinson's Research, Grand Central Station PO Box 4777 NY, NY 10163-4777 or St. Teresa School 13 E. Evesham Road Runnemede, NJ 08078.
To order memorial trees or send flowers to the family in memory of Bernard Henry Conlon, please visit our flower store.