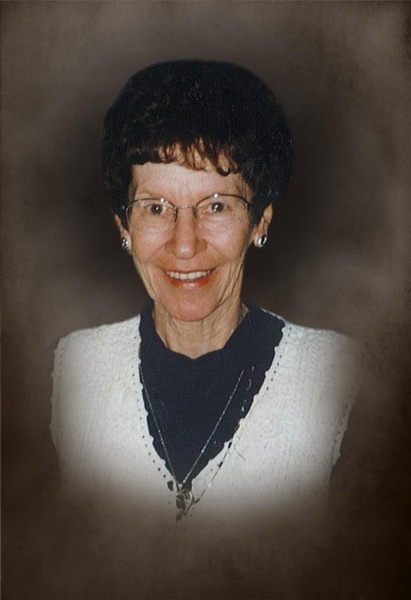 Barbara was born November 11, 1933 in Pueblo Colorado to Robert Brown Ribelin and Leona Kathryne Brookshire Ribelin. She has one older sister, Vera Francis. Barbara's father worked for the Federal Government and in 1948, when the base closed in Colorado, he, along with his family, transferred to McClellan Air Force Base in California. Barbara met her future husband at the Safeway store where he was working while going to college. Barbara graduated from Elk Grove High School in 1950. September 3, 1950, she married Robert Bonner in the Old Federated Church in Fair Oaks. They often said that they grew up together. In January 1951 Bob received a draft notice so he joined the Navy where he ended up as a medic in the Marine Corps for 4 years.
Their first child, Kathryne Marie was born November of 1952 in Knoxville, Tennessee. Their second child, Robert Bruce was born September of 1954 in Jacksonville, North Carolina. Their third child Karen Anne was born March of 1956 in Sacramento, CA and their fourth child, Michelle Francis was born February 1959 in Roseville, CA. Barbara had six grandchildren, eight great grandchildren and one great great grandchild.
Barbara's parents were very active in the Federated Church in Old Fair Oaks and the new Fair Oaks Presbyterian Church that followed. She was received into membership at the time it was established. She thought she should have been considered a charter member.
Barbara joyfully served as Deaconess, Sunday school teacher and volunteer on many projects and special occasions.
Barbara enjoyed looking for and buying "antiques" to refinish. She and Bob hauled several of their "finds" from Idaho back home for her collection. Sometimes she kept them when they were restored or sold them when there was no more room in the house. She had several long time close friends that went together to garage sales, thrift stores and antique stores. Barbara was famous for her quality garage sales where people lined up hours before opening to get first glimpse of the treasures within. Barbara loved to collect teddy bears, cookie jars, chickens, glass baskets and antiques. Barbara loved being a parent and spending time with her children and grandchildren. She joined Bob when he was stateside at duty stations in San Diego, North Carolina, Tennessee
and Virginia. She and Bob were members of the Dolphineers Mariner Ship for 63 years. That couples group became and still is an extended family. They made happy memories raising their children and serving the Lord in this church.
Barbara worked for two years as a medical records transcriber at Roseville Hospital, for three years as an assistant to Dr. Grandstead in Orangevale and an "as needed" floral arranger and designer for her friends in the Fair Oaks Flower Shop.
Barbara prided herself in being a good homemaker for her husband and children and loved to decorate her home and change it often. Bob said he always had to turn the lights up at night so he wouldn't run into changed furniture locations.
She loved being at the ocean and spent many weeks at Dillon's Beach and Fort Bragg with her grandchildren and family.
Barbara had the gift of sharing beautiful, insightful, uplifting and inspiring prayers often and especially at family gatherings. What a blessing.
Half way through the construction of her dream home (October 2, 2002) she suffered three adjacent brain aneurysms and a related stroke. The spunky, fun loving, quick-witted special g·1rl was changed. She was still there but with subdued lifestyle until March 29, 2018 when the Lord called her home. The family was greatly blessed in that two weeks while on hospice care to see glimpses of her old sweet and happy self. She joked, laughed, smiled, prayed and the Barbara that had been hidden for 15 years gave a miracle gift of love to those she loved most. She was a one of a kind special lady and she will live forever in the hearts of her family and friends.
To order memorial trees or send flowers to the family in memory of Barbara M. Bonner, please visit our flower store.