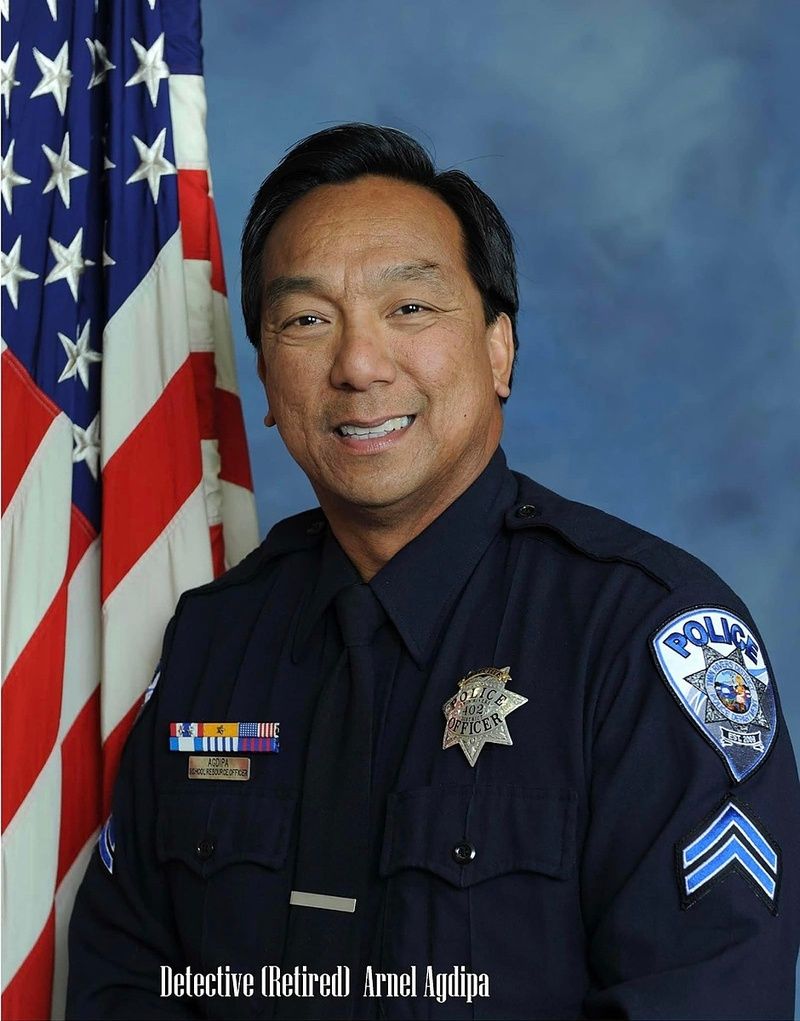 Arnel Agdipa, a retired police officer and continued social worker, passed away unexpectedly on November 18, 2021 at the age of 60.

Arnel is survived by his wife, Susan Salazar; his children, MaryFrance, MichaelPrince, Marco, Arnel Jr., and Aihla; his siblings, Marsha Yaranon, Atilano C. Agdipa, and Helen O'Riley. He is predeceased by his parents, Atilano Sr. and Gregoria Agdipa; and his brother, Armondo Agdipa.

Arnel was born in Subic, Olongapo, Philippines on March 18, 1961, to Atilano and Gregoria Agdipa. He studied Ciminal Justice at Sacramento State University and graduated in 1984. He furthered his education with Counseling Psychology and graduated with his Master's degree from the University of San Francisco. On May 22nd, 2002, he married Susan and became stepfather to MaryFrance, MichaelPrince, and Marco. On June 12th, 2001, and July 19th, 2002, he welcomed his son and daughter, Arnel Jr. and Aihla.

Arnel was a husband, father, grandfather, brother and friend. He was a retired police officer, but continued working as a social worker. He loved the outdoors and found joy in fishing, kayaking, swimming, watching college sports, jazz, and being surrounded by his loved ones.

A funeral service is scheduled for 10:00 a.m. on Friday, December 3rd at Heritage Oaks Memorial Chapel in Rocklin, California. The burial service will follow at 1:30 p.m. at Santa Clara Memorial Park in Lincoln. Father Bony Arackal will officiate.
To order memorial trees in memory of Arnel Cabasal Agdipa, please visit our tree store.