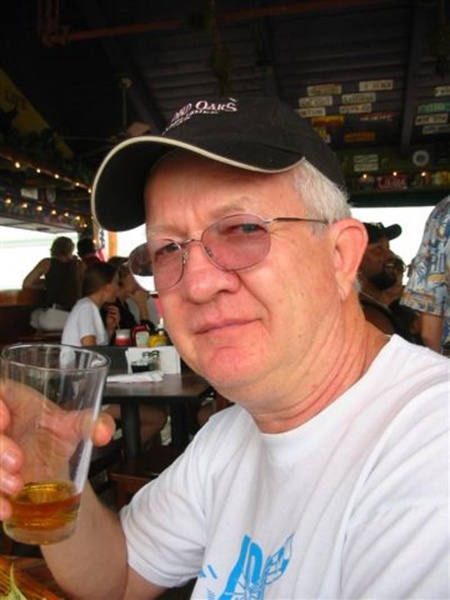 Alan, 66 of Roseville, passed away in Roseville on February 7, 2014 after a brave battle with early onset dementia. He is survived by Jan Dietz, wife; sons Justin Matthew Dietz (Ashley) and Brandon Scott Dietz; grandson Colby Hayden-Evan Dietz; Sister in-laws and Brother-in-laws: Gail Anderson; Hal and Cheri Case; Tim and Lori Kirby; Niece: Kiersten Kirby and Aunt: Maxine Royse and cousins. Alan was preceded in death by his parents and his sister Karen.

He was born November 24, 1947 in Salem, Oregon to Willis Frederick Dietz and Velma (Royse) Dietz. When Alan was a young boy the family relocated to San Diego where Alan finished school and graduated from Crawford High School in 1965. Upon graduation, his family relocated to Eureka, California where he attended the College of the Redwoods.

Alan grew up loving music learning to play the guitar as a teenager. He was so passionate for music during the 1960s, he quit college, formed a rock band, and began a new and wild adventure traveling and playing at one night stands through the west coast and the mid-west. While he was traveling, he rescued a little black Australian shepherd mix puppy from a Kansas farm and named this little guy, "Ozzie". Alan took Ozzie everywhere, meeting new people and when money was scarce, always ensuring that Ozzie had food before himself. Ozzie was with Alan for over 19 years before he passed away.

After a few years being in the band, Alan and Ozzie decided to quit that life and settle down in Sacramento. Alan met Jan in 1975 while he was working at North Country Dodge as an auto parts runner and Jan was working at the State Garage. They were married November 26, 1977.

In addition to playing guitar in a band and writing songs, Alan had many interests over the years: he was Cub Master for the Cub Scouts when Justin was a boy; an assistant soccer coach when Brandon started playing soccer; an avid photographer taking pictures of the family and the sites wherever we traveled; a graphic artist who started developing logos and banners for local soccer teams and turning it into a part-time graphics business; proficient cook making wonderful dishes; being a staunch 49er fan, and golfing when he had the opportunity.

Alan, we love you. We also know that you are at peace and in a better place with your beloved dog Ozzie.

Per Alan's wishes, the family will be scattering his ashes near a specific location along the Northern California coast at a later date.
To order memorial trees in memory of Alan Lee Dietz, please visit our tree store.